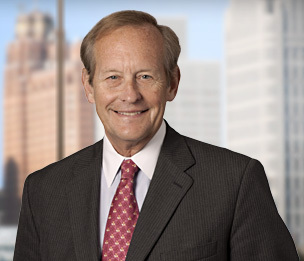 James P. Feeney, one of the nation's most prominent trial attorneys, regularly tackles high-profile, high-stakes litigation matters as a "go to" trial attorney for the world's largest companies. During the course of his nearly 50-year career, Mr. Feeney has been involved in more than 1500 cases, 70 of which he has tried to verdict. His experience includes trials of high-stakes matters for the automotive industry, financial institutions, media companies, real estate developers, and equipment leasing and insurance companies.

Among his most recent successful representations as lead trial counsel are:

The latter of these representations was particularly noteworthy inasmuch as it was a jurisdiction that the U.S. Chamber of Commerce has routinely ranked one of the most difficult in the United States.

Mr. Feeney has successfully tried to defense verdict five state or nationwide class actions seeking billions of dollars in damages from the Firm’s clients. Clients quoted in Chambers USA 2021 note that “he is extremely knowledgeable on litigious matters, as gifted a trial lawyer as you'll ever meet and his performance in the courtroom is very impressive" He is also ranked as one of the top five attorneys in Michigan by Chambers USA 2021.

Mr. Feeney was the lead defense trial and appellate counsel in the notorious Jenny Jones case in which he successfully argued, on appeal, that plaintiffs' verdict ($25.0 million) had been improperly obtained. The verdict was vacated and judgment was entered for the defendant. He is featured on the 2020 Netflix documentary series Trial by Media in the first episode, which focuses on this case. During its opening week, Trial by Media was one of the five most-watched shows on Netflix.

Court TV, "The Today Show" and "Good Morning America" often call upon Mr. Feeney to provide commentary and insight on legal decisions, trends and case strategy. Mr. Feeney is a member of the American College of Trial Lawyers.