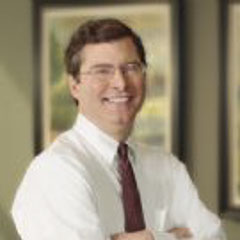 A seasoned litigator, Robb has cultivated a depth of experience in intellectual property, entertainment and media disputes involving:

Robb's experience also covers a variety of commercial disputes including:

Many of his engagements have resulted in ongoing, long-term relationships, in some cases for over three decades. He thrives on helping companies address the daily challenges their businesses encounter. As a result of his tenacious representation, Robb has been responsible for a number of precedent-setting cases, including disputes leading to the identification of persons posting false information concerning public companies, applying the Tennessee Supreme Court's Rule 30 concerning cameras in courtrooms, applying the fair use doctrine, recognizing that Tennessee Newspersons' Shield Law extends to non-confidential materials, and opening access to records for state-wide media coalitions.

Over the past few years, Robb was part of litigation teams that achieved victories in three (3) separate cases in the U.S. Court of Appeals for the Sixth Circuit, covering right of publicity, antitrust, libel, and Section 230 immunity issues, and he was lead counsel in a 2019 Sixth Circuit win against an international best-selling publisher which involved copyright preemption issues. In the past two years, he has been part of teams obtaining the dismissal of multiple alleged trade secrets cases by federal and state courts. In addition, he was lead counsel in a major music copyright case which was dismissed on summary judgment, and received national press. To read the court's ruling, click here.

Robb has just completed his elected position as an At Large member of the Governing Board of the American Bar Association's Forum on Communications Law, and has been tapped to take a two-year executive leadership role. Â The Forum includes more than 1,000 U.S. attorneys who focus on the representation of the print and electronic media and telecommunications industry. He has served as Chair of the Trial Committee and as a faculty leader for the Media Law Resource Center, and recently completed his term as Chair of the Tennessee Bar Association's Communications Law Section.