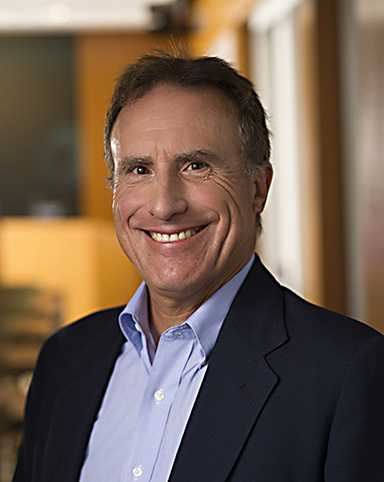 To safeguard the assets of individuals and their families, Warren draws on his extensive technical knowledge and familiarity with constantly changing tax laws. Beyond the "dollars and cents part," he offers a compassionate approach that takes into account the hopes, dreams, and intense emotions his clients experience while working through these highly sensitive matters.

Warren's compassion has earned him the confidence of a wide range of clients, a number of whom have named him an executor or trustee and many of whom are children or grandchildren of people he has counseled for decades. He also advises on the complex estate and tax planning issues that can attend his clients' marriages, regularly crafts prenuptial agreements, and assists matrimonial lawyers with the tax and estate planning aspects of divorce.

In addition, as same-sex marriage laws have taken effect around the country, Warren has become increasingly well-versed in the special—and frequently novel—legal issues emerging in the marriage agreements of LGBTQ couples.

Sometimes disputes arise among family members that cannot be resolved amicably. In these cases, Warren works closely with his colleagues to advise on these matters, bringing empathy and discretion to these challenging situations.

Represented a family worth over $100 million, whose wealth derives from the sale of a successful and well-known business. Designed the estate plans for the parents and their children, saving millions of dollars of estate and gift taxes in the process.

Represented a family in the transfer of a substantial collection of 20th-century art to their children, free of gift and estate taxes. Advised the family with respect to gifts and loans of art to major museums.

Represented several museums and other cultural institutions in designing planned giving programs that enable wealthy individuals to make gifts to the institutions while achieving family goals and saving taxes.

Negotiated prenuptial agreements for children of the owners of a valuable business, protecting the business while designing a fair agreement that protects the less wealthy spouses.

Represented the estates of more than a dozen World Trade Center victims.

Warren Racusin will speak at the NJICLE presentation on New Jersey's new Uniform Trust Code. This seminar will enable estate planners, as well as general practitioners, to apply this new law in practice. Attendees will learn how to create, modify, and possibly even terminate trusts under the new act.

Warren K. Racusin joins a panel that will discuss options for accounting for art and collectibles in estate planning. Panelists will address the impact of the Tax Cuts and Jobs Act, the need for appraisals, and the importance of communicating with the next generation. One CLE credit will be provided free of charge.

The election of Donald J. Trump as the 45th president of the United States is likely to bring significant shifts in economic and social policy for the country, including major changes in federal tax policy.It is far too early to tell what will occur during the Trump administration. We have not yet seen specific legislative proposals...

In a case just decided by the New Jersey Appellate Division, Lowenstein Sandler helped a client successfully defeat New Jersey’s aggressive attempt to tax income a trust earned in other states. The Court ruled that New Jersey could not tax a trust’s out-of- state income even though the trust was created by a New Jersey resident.

Lowenstein Sandler represented the trustee of a trust created under the will of Fred Kassner, a co-founder of Liberty Travel. Because Mr. Kassner resided in New Jersey when he died, the trust is a “resident trust” under New Jersey tax law. The bad news is that New Jersey’s tax law states that a resident trust is taxable on all of its income, regardless of where that income is earned, for as long as the trust exists. The good news is that New Jersey courts long ago held it was unconstitutional to tax a trust’s income merely because a New Jersey resident created the trust, and the Division of Taxation informed taxpayers years ago in an official publication that it would not tax a resident trust’s income as long as the trust had no New Jersey trustee and no New Jersey property.

New Jersey said the current case was different, however, and that it could tax the trust on all of the trust’s income, because the trust earned some income in New Jersey (the trust paid tax on its New Jersey source income). New Jersey argued that prior law and its previous guidance did not shield the trust from tax on its out-of-state income, both because of changes in constitutional law and because New Jersey had notified taxpayers in 2011 that a resident trust that earns even a dollar of New Jersey source income is taxable on all of its income. One slight problem: New Jersey’s notification was issued five years after the tax year in question, and after Lowenstein Sandler had filed its Tax Court complaint challenging the tax assessment.

On June 26, 2013, in a landmark 5 to 4 decision the United States Supreme Court ruled in United States v. Windsor that Section 3 of the Defense of Marriage Act (“DOMA”) is unconstitutional. Specifically, the Supreme Court held that a marriage performed in Canada and recognized in New York must be recognized for federal purposes.

This decision impacts over 1,000 statutes and federal regulations including laws pertaining to such diverse areas as federal income, gift and estate taxes, divorce, payroll taxes, immigration, political contributions and health care. Provisions bearing on tax and estate planning include:

The same federal estate planning strategies will now apply to all married couples regardless of gender. For example, qualified terminable interest trusts (QTIP trusts) are now available for same-sex spouses. Conversely, certain estate planning techniques, such grantor retained income trusts, that had been available to same-sex spouses based on federal non-recognition of their marriage can no longer be used.

Upon divorce, alimony payments from one former spouse to another will now be deductible by the payor spouse and includable in income by the payee spouse for federal income tax purposes. Other divorce-related provisions of the tax law will also apply equally to all couples upon dissolution of their marriage.
Use of a joint account by the non-contributing spouse will no longer generate a taxable gift.

Any unused portion of a deceased spouse’s federal estate tax exemption will now be available to his or her surviving spouse.

A surviving spouse will now be able to roll over an IRA from the deceased spouse and defer the distribution and income taxation of that account.
The Court did not address whether its ruling is retroactive. Thus, whether a taxpayer can now file a refund claim based on federal recognition of his or her marital status may depend upon whether the statute of limitations has run on the return. Further, it is not clear how the unconstitutionality of the law will affect irrevocable estate planning strategies already in existence.

The Windsor decision leaves several other important issues up in the air. The Court did not rule on Section 2 of DOMA, which provides that states are not bound by the Constitution to recognize same-sex marriages legally performed in other states. Therefore, if a same-sex couple resides in a state which does not recognize their marriage (even if performed lawfully in another state), those spouses will continue to have state level income, estate and gift tax issues which will need to be addressed, in addition to non-tax issues such as health care and death benefits. Further, the Windsor decision expressly applies only to “lawful marriages”. While the decision clearly applies to marriages performed in New York, it provides no guidance as to how, if at all, it will impact civil unions conducted in states such as New Jersey, where same-sex marriage remains unavailable.

One thing is clear: same-sex couples should review their situation to determine how the Windsor decision affects their estate planning goals.

In the waning days of 2010, Congress passed legislation that ended the uncertainty about the federal estate, gift and generation-skipping transfer (GST)
taxes. However, that new certainty lasts only until the end of 2012. The new law
created major estate planning opportunities, however, the administration’s budget
proposals may also put a crimp into these tax saving prospects.

While this is not a detailed summary of the current law, it does highlight some of the advantages that are available under the new legislation and what will remain, or be lost if the president’s budget proposals are enacted.

Elizabeth Edwards led a very public life. The press reported extensively on the various details of that life, including her career, the disintegration of her marriage to John Edwards (the 2004 Democratic vice-presidential nominee and 2008 presidential candidate), her relationship with her children and her battle with breast cancer. Edwards even wrote two best-selling books about her life and struggles and spoke frequently with the media. As the Washington Post said, "Elizabeth Edwards lived her private pain on a public stage." In contrast, she kept her testamentary wishes quite private.

Edwards signed her will on Dec. 1, 2010, only six days before her death. It contained typical provisions concerning payment of debts, funeral expenses, expenses of last illness and costs of administration, estate and inheritance taxes. She appointed her 28 year-old daughter Catharine as executor. She also appointed Catharine as the guardian of her two young children if Edwards was the "surviving parent." She gave certain tangible personal property and other "personal effects" to her children.

Even with the federal estate tax repealed in 2010, savvy taxpayers are continuing to do estate planning because the tax will roar back to life in 2011, with a new maximum rate of 55%, which is higher than before, combined with a new exemption of only $1 million, lower than before.

The Senate is currently considering a bill that would cut back on the tax savings generated by one technique that is especially popular with sophisticated individuals and their advisors: The grantor retained annuity trust, or GRAT. The Small Business Lending Fund Act of 2010, which the House of Representatives passed earlier this summer, requires a minimum 10-year term for all new GRATs, eliminates the ability to create a GRAT without causing a taxable gift and requires that the annuity amount payable to the grantor not decrease during the first 10 years of the annuity term.

Thoracic surgeon Dr. Perry Cardium has made a fortune both through his medical practice and through publication of his best seller, Mending a Broken Heart—Repairing Torn Aortic Valves in Recently Divorced Individuals. He’s decided he wants to share his good fortune with the public by making a major philanthropic gift.

He particularly wants to benefit the world-renowned Museum of Modern Hearts. In particular, he wants to provide funds to the Museum to build a new wing that will house his collection of rare surgical tools, including machines that can install ventricular stents with no human intervention.