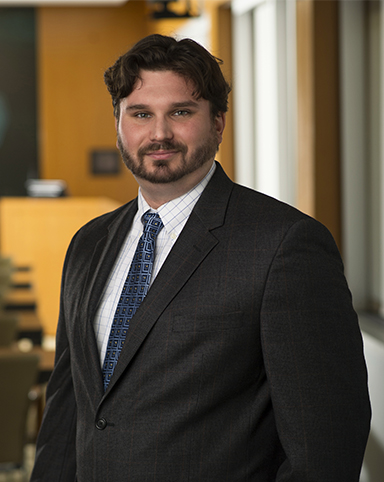 Rich is an experienced securities litigator focusing on investor rights and the use of the legal process to recover and protect investorsâ€™ capital. He has successfully represented many different investment funds, including hedge funds, private equity funds, pension funds, and individuals, in securities fraud cases against corporations, auditors, underwriters, directors, and officers. Richâ€™s clients appreciate his dedication to securities litigation, which is driven by the basic premise that investorsâ€™ rights are critical to the functioning and purpose of the capital markets.

Rich is often involved in the quantitative methods side of securities litigation, especially damages computation and working with experts in economics and other fields to lay out a clientâ€™s case. He has an extensive knowledge of the law in this area and reviews each clientâ€™s claims, trading pattern, and situation for every possible chance to maximize a recovery. In addition, he is well-versed in the nuances and complexities of both the kinds of claims available to investors and analysis of the best forum for investorsâ€™ claims. Rich is known for always bringing creative strategies and tactics to the prosecution and monetization of clientsâ€™ valuable claims.Â

Represented entities related to Fred Alger Management and Valinor Capital Management in direct actions against LendingClub Corporation related to allegations regarding fraud by its former CEO and other executives. The matter was confidentially settled.

Represented Discovery Capital Management as plaintiff in a securities fraud case against a leading South American oil company. The matter was confidentially settled.

Counseled a major institutional investor regarding securities fraud claims against a Fortune 25 company, successfully settling the matter without filing a complaint.

Counseled a set of major institutional investors with respect to their securities fraud claims against a major internet technology company, successfully settling the matter without filing a complaint.

Representing investors such as Fred Alger Management and Pennant Capital in an action against Signet Jewelers for multifaceted fraud.Â

Successfully defended Rutgers University against Section 1983 claims, defeating the claims via a motion to dismiss.

Recent activity at the Supreme Courtâ€”with two major cases decided in the past yearâ€”has clarified the landscape of when individual claims are equitably tolled by the filing of a class action.

At the outset, it is critical to distinguish between two related but legally distinct concepts: a statute of limitations and a statute of repose. A statute of limitations is a requirement that a claim be brought within a certain time period after the cause of action accrues. In the case of the federal securities laws, statutes of limitations usually begin to run upon discovery of facts that alert the putative plaintiff to the existence of a claim, which often equates to discovery of the injury. A statute of repose, on the other hand, is a legislative extinguishment of claims made after a certain period of time. In the federal securities laws, the running of the statute of repose generally is triggered by the making of the statement or the purchase of the security.