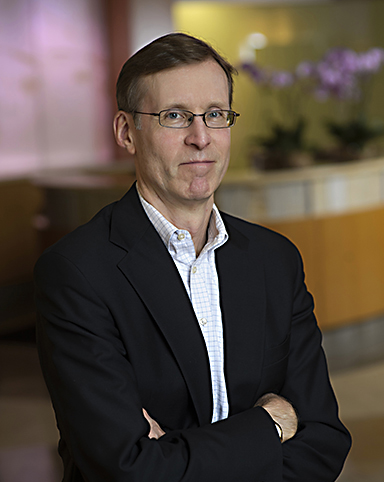 A tenacious litigator, Steve brings more than 25 years of experience to his work on complex cases concerning scientific and technical subject matter. He has represented a broad range of life sciences and technology companies in disputes involving patent infringement, technology licensing, product liability, mass torts, trade secrets, and other matters involving technology at the trial and appellate levels, as well as arbitration. With a background in engineering, Steve has an in-depth understanding of the scientific and technological issues that arise in each case. He regularly interacts with company scientists, representatives, and experts to develop defenses based on medical and scientific literature, and he effectively deposes and cross-examines expert witnesses.

Prevailed at jury trial in obtaining for Joyal Products an $18 million judgment of patent infringement against a Chinese motor manufacturer; after successfully defending an appeal of the judgment before the Federal Circuit, settled for more than the amount of the judgment.

Defended Rutgers University in a patent and antitrust matter in which a terminated patent licensee sued Rutgers to invalidate 24 of Rutgers' patents, and asserted antitrust and RICO claims based on alleged anticompetitive licensing practices and unlawful enforcement of invalid patents. Case was dismissed in a published decision, Jersey Asparagus Farms, Inc. v. Rutgers Univ., 803 F. Supp. 2d 295 (D.N.J. 2011), which was not appealed.

Represented Rutgers University for many years in disputes with licensees of Rutgers' patent rights.

Successfully defended a subsidiary of Warner Music Group against copyright, trademark, and breach of license agreement claims brought by the Estate of Frank Zappa relating to digital distribution rights; obtained summary judgment on counterclaims finding that the plaintiff had infringed the record label's rights, which led to a settlement.

Prevailed on all claims following a lengthy evidentiary hearing on behalf of LifeCell Corporation in an arbitration brought by a licensed distributor that claimed it was entitled to exclusive distribution rights to LifeCell's xenograft porcine tissue product.

Currently representing LifeCell Corporation in In re AlloDerm Product Liability Litigation in New Jersey state court in a 350-plaintiff case involving claims related to the use of human acellular dermal matrices in ventral hernia surgery and abdominal wall reconstruction.

Successfully defended retailer Daffy's against trademark infringement and counterfeiting claims by Gucci. After a bench trial finding Daffy's to be an innocent infringer and denying Gucci's requests for an accounting of profits, a recall, and a permanent injunction, successfully defended the judgment on appeal, reported at Gucci America, Inc. v. Daffy's, Inc., 354 F.3d 258 (3d Cir. 2003).

Successfully defended the estate of the deceased inventor of the popular Super Soaker water gun against claims of theft of ideas and trade secret misappropriation, obtaining summary judgment dismissing all claims against our client.

Litigated and settled numerous cases on behalf of many clients in patent infringement litigations brought by non-practicing patent-holding corporations throughout the U.S.

Co-counseled with the Education Law Center in Abbott v. Burke on a trial on remand from the Supreme Court of New Jersey, and on subsequent appeal to the Supreme Court of the United States, resulting in a court order requiring the state to secure funds to cover the costs of remediating infrastructure deficiencies in Abbott district school facilities, reported at 153 N.J. 480 (1998).

Defended, pro bono, 52 laid-off, largely non-English-speaking immigrant factory workers who had a $2.3 million default judgment entered against them unknowingly by their employer in an effort to avoid workers' compensation claims following a plant shutdown and closure. Case settled with employer paying compensation to clients.

Groksterâ€™s Impact on Patent Law: Does It Resolve a Federal Circuit Split?, February 2006