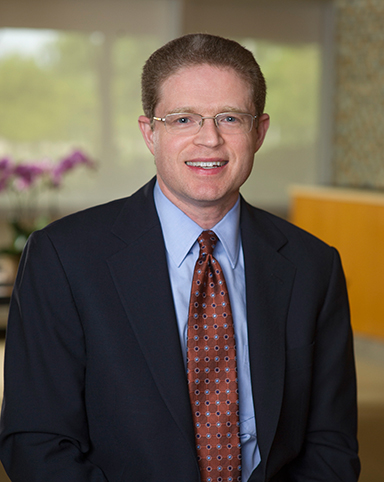 As chair of the firm's Corporate Investigations & Integrity group, and with a wide range of experience in the public and private sectors, Matt provides clients informed counsel and aggressive representation in internal investigations, interactions with the government, and commercial litigation.

A former federal prosecutor and seasoned trial lawyer, Matt has successfully argued numerous cases to verdict and has litigated a wide range of complex civil and criminal cases. He also is a skilled appellate advocate, having successfully argued multiple appeals before the Supreme Court of New Jersey.

Appointed as State Comptroller in 2008, Matt oversaw a staff of more than 130 employees responsible for examining the efficiency of government programs, investigating misconduct by government officers, scrutinizing the legality of government contracts, and recovering improperly expended Medicaid funds. He and his staff uncovered hundreds of millions of dollars in wasted taxpayer funds, spurring the passage of several remedial state laws and receiving praise from organizations throughout the state.

Prior to his appointment as State Comptroller, Matt spent two years directing the state Authorities Unit, where he monitored the New Jersey Turnpike Authority, the Economic Development Authority, and other independent agencies. He was a federal prosecutor from 2001 to 2006, serving in the Terrorism Unit, the Criminal Division, and the Special Prosecutions Division of the U.S. Attorney's Office. As a federal prosecutor, he led the successful prosecution of numerous public officials on corruption charges, including the "Monmouth 11"–a group that included three sitting mayors, four sitting councilmen, and a police commissioner, making it one of the largest single-day corruption takedowns in state history.

Represented Rutgers University in conducting a highly publicized internal investigation involving allegations of physical and emotional abuse by softball coaches; findings were published in a report containing recommendations subsequently adopted by the university.

Represented a Fortune 500 company in an extensive internal investigation involving allegations of wrongdoing in connection with one of the company's offices in Asia.

Represented a Fortune 500 company in an internal investigation related to several allegations that were made to the board of directors concerning the company's chief compliance officer.

Hired by the Sussex County Board of Chosen Freeholders to conduct an investigation into a solar energy initiative that had resulted in the county experiencing millions of dollars in financial losses.

Hired to conduct an investigation into the facts and circumstances surrounding a government agency's demolition of a historic house in connection with an extensive, federally funded transportation project.

Represented the New Jersey Division of Equal Employment Opportunity in conducting an investigation into allegations of workplace discrimination at the New Jersey National Guard.

Represented the board of directors of a global communications company in conducting an internal investigation concerning the conduct of a senior official at the company.

Matt’s accomplishments as New Jersey State Comptroller include the following:

Conducted audits and investigations throughout New Jersey, across all levels of state, county, and local government.

Led audits and investigations that found more than $100 million in Medicaid fraud each year in 2011, 2012, and 2013, and pursued and achieved recovery of those funds for taxpayers.

Identified cases throughout the state in which local governments wrongfully included contractors in the state pension system. In response to the report, Governor Christie signed an August 2013 executive order to create a Pension Fraud and Abuse Unit.

Led an audit that uncovered $43 million in waste at the New Jersey Turnpike Authority. The audit found, for example, public toll dollars being used to pay for an employee bowling league and for unnecessary employee bonuses such as for shoveling snow and for working on a birthday.

Oversaw an audit that focused on four government entities and found that none had properly evaluated their options for health care coverage and that, had they done so, they would have saved more than $12 million.

Discovered that more than 20,000 inmates in New Jersey's jails and prisons were improperly paid nearly $24 million in benefits from government programs over a 22-month period.

Matthew Boxer will speak on the panel "Corporate Investigations" as part of NJICLE's New Jersey White Collar Crime Conference, presented in cooperation with the NJSBA Criminal Law Section. This panel will provide tips on conducting internal investigations and avoiding some common problems that arise in these cases.

Matthew Boxer will speak on a panel focusing on how government investigations are conducted and what government accountants and auditors need to know at the Rutgers Government Accounting and Auditing annual conference.

Matthew Boxer will speak on a panel entitled "Unraveling a MultiMillion-Dollar Fraud in Newark" with Brendan O'Flaherty, Professor of Economics at Columbia University. The presentation will discuss the developing scandal regarding the leaders of Newark's water agency and their theft of more than $2 million in taxpayer funds.

Matthew Boxer will speak on a panel at The Civic Summit entitled "Cost Saving Solutions for City Government," hosted by the Citizens Campaign. The Citizens Campaign is a nonprofit designed to educate people about the legal rights and political skills they need to bring constructive, responsible leadership to the service of their communities and our country.

Use of Data Analytics and Access to Compliance Resources Among New Considerations On June 1, 2020, the United States Department of Justice (DOJ) updated its “Evaluation of Corporate Compliance Programs,” a guidance document used by prosecutors to assess compliance programs. Prosecutors use the document in making charging decisions pertaining to companies and in imposing obligations such as a corporate monitorship...

Faced with constantly evolving circumstances in these challenging times, officers and directors should not lose sight of what is arguably their most important corporate role–that is, as a fiduciary...

Last year, Assistant Attorney General Brian A. Benczkowski issued a memorandum to all Department of Justice (DOJ) Criminal Division personnel providing new guidance for the selection of corporate monitors. The Benczkowski Memo sets forth, among other things, considerations for determining whether a monitor is needed in a particular case, which include whether the misconduct involved exploitation of inadequate internal controls, whether the misconduct was pervasive across the business organization, whether the company has made significant improvements to its compliance programs and internal controls, and whether those improvements have been tested to demonstrate effective deterrence for similar misconduct in the future. The Memo also instructs that DOJ should take into consideration “whether the changes in corporate culture and/or leadership are adequate to safeguard against a recurrence of misconduct,” as well as whether adequate remedial measures were taken to address the misconduct.

There has been much discussion following the Benczkowski Memo about the extent to which DOJ still views monitorships as a helpful and worthwhile compliance tool. Earlier this year, DOJ provided an affirmative answer to that question, imposing a two-year monitorship on Walmart as part of a non-prosecution agreement.