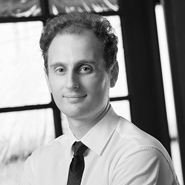 Steve brings dedication, an eye for the practical, and the highest level of work ethic to his busy civil litigation practice. He frequently represents individuals, businesses, and multinational corporations in a wide variety of civil matters, particularly in the areas of complex commercial and bankruptcy litigation.

Steve has litigated cases in several different jurisdictions in and outside of New England. His broad and diverse commercial litigation practice has included disputes involving breach of contract claims, matters arising under the Uniform Commercial Code, enforcement of mortgages and security agreements, and other business torts. He has also litigated numerous disputes before the United States Bankruptcy Court, including those involving fraudulent and unauthorized post-petition transfers, preferences, aiding and abetting, and directors’ and officers’ breaches of fiduciary duties.

When Steve is outside the office, in addition to enjoying his time with his fiancée, Ali, and their dog, Andy, Steve devotes much of his time and energy to any and all aspects of baseball. During his time as a graduate student at Clark University, he wrote his master's thesis on the role of baseball during Reconstruction, which was subsequently published in an academic history journal. Currently, Steve enjoys obsessing over the Boston Red Sox and discussing baseball history. When the Red Sox are not in play, Steve turns his attention to the Boston Celtics and New England Patriots.

The attorneys of Verrill Danaâ€™s Breweries, Distilleries & Wineries Group are here to help your business navigate the complex world of craft beverage production. Our attorneys have the experience necessary to tackle the legal issues and allow you and your company to focus on doing what it does best,...