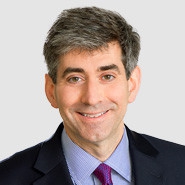 Henry J. Ricardo is a Partner in the Firm’s Litigation department. His practice includes complex commercial litigation, bankruptcy litigation and patent litigation. He has experience in all phases of litigation in state and federal courts, including the U.S. Supreme Court, as well as in arbitration and mediation. In recent years, Mr. Ricardo has worked for clients in fields as diverse as biotechnology, insurance, international banking, antiquities, electronics, healthcare, investments and the internet.

Commercial Litigation
Representation of a New York corporation alleged to be part of a collusive scheme to seize control of a Russian oil company through bribery and force.

Representation of a venture capital fund in litigation and negotiations with a former principal.

Defense of healthcare services company in an antitrust suit based on allegations of unlawful kickbacks, which was dismissed with prejudice.

Advised Swiss money managers on litigation against hedge funds based in the British Virgin Islands.

First-chair counsel in AAA arbitration for NASDAQ-traded internet hosting company in a dispute arising from a major acquisition. The dispute involved claims of breach of an option agreement, breach of representations and warranties in a merger agreement, fraud in the inducement and securities fraud.

Defense of international bank in a series of cases asserting claims based upon pre-World War II German gold bonds. The damages sought exceeded $10 billion and all suits were dismissed with prejudice.

Representation of major transport company in a bondholder suit challenging a proposed spin-off transaction based on indenture provisions, the Trust Indenture Act and fraudulent conveyance statutes. The suit was dismissed as a matter of law, which was affirmed on appeal. Mr. Ricardo argued the successful appeal.

Representation of financial firm in connection with a partnership dispute involving the Mall of America.

Representation of aerospace company in connection with a dispute arising out of a private equity investment, handling mediation and negotiating a settlement before the start of formal discovery.

Representation of major energy company in a successful motion to reopen its bankruptcy case to enforce its plan confirmation order against environmental claimants, which was affirmed on appeal by the U.S. District Court for the Southern District of New York.

Representation of an international bank in matters relating to terminated derivatives contracts in the Lehman Brothers bankruptcy.

Representation of a member of the creditors committee in the Tribune Company bankruptcy in connection with the plan confirmation process.

Representation of international bank in an adversary proceeding alleging participation in a fraudulent high-yield investment scheme.

Representation of a major Japanese electronics manufacturer in a confidential mediation of potential patent litigation with a US-based competitor.

Negotiated preemptive settlement of a US patent suit for a major Japanese electronics manufacturer, protecting the client’s customers from liability.

Representation of biotech company in patent suit relating to monoclonal antibody technology, leading to a landmark U.S. Supreme Court decision that expanded the right of patent licensees to challenge the validity of licensed patents.

Representation of biotech company in a series of litigations against a British biotech company over the scope of patents that were subject to a license agreement. This work included advice that led to the dismissal of two suits filed in England.

Defense of biotech company in New York state court action over rights to develop a new drug, involving claims of breach of fiduciary duty, breach of contract and tortious interference.

Representation of a financial advisory firm in a successful WIPO domain name arbitration against a cyber-squatter.

Representation of foreign governmental entity in connection with negotiations over global trademark and distribution rights to a famous brand of spirits.