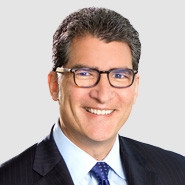 Steve Zalesin is a nationally recognized trial lawyer with extensive experience in intellectual property, false advertising and complex commercial matters. He has successfully tried cases and argued appeals in numerous courts throughout the United States. He has also represented clients in arbitration proceedings in several countries.

For more than 30 years, Mr. Zalesin has represented the nation’s leading manufacturers and service providers in a series of landmark cases that have shaped the law of false advertising, while helping to preserve and grow the markets for our clients’ products. He recently secured a federal jury verdict for the world’s leading beverage company in a closely-watched advertising dispute over juice labeling. Mr. Zalesin initially obtained summary judgment dismissing the claims against our client, and successfully defended that ruling before the Ninth Circuit. The U.S. Supreme Court subsequently vacated the Ninth Circuit’s decision, and remanded the case for trial. The Los Angeles jury rejected the plaintiff’s claim in full, returning a verdict in our client’s favor after a six-day trial and less than a day of deliberation. As a result of the favorable verdict, Mr. Zalesin was named “Litigator of the Week” by The American Lawyer (March 24, 2016). More recently, Mr. Zalesin obtained a nationwide preliminary injunction for a leading animal health company, enjoining ads that falsely claimed that dairy products made with milk from cows treated with our client’s supplement were dangerous, unsafe and less wholesome than other dairy products.

A significant portion of Mr. Zalesin’s practice involves high-stakes commercial disputes in the pharmaceutical, medical device and biotech industries. He recently co-tried a closely-watched case on behalf of a leading pharmaceutical company against a competitor, arising out of the competitor’s acquisition of another major player in the industry. The case settled on terms favorable to our client.

Mr. Zalesin also represents Fortune 50 companies in patent litigation. In 2014, he co-tried an ANDA case that resulted in an injunction against the launch of a generic version of our client’s billion-dollar AIDS drug. In another recent win, Mr. Zalesin obtained summary judgment on behalf of the world’s largest software company, demonstrating that a competitor’s patent on voice recognition technology was obvious as a matter of law. He is currently leading the worldwide defense of a biotech company’s groundbreaking patents on a drug that treats a rare genetic disorder.

Mr. Zalesin has substantial experience defending consumer class actions. He is currently representing major pet food, soft drink and orange juice producers in multi-district litigation over their product labeling and advertising, and a leading educational publisher in a royalty dispute with college textbook authors. In the recent past, he has successfully defended the makers of several best-selling food and pharmaceutical products against consumer protection claims.

Mr. Zalesin is listed in Chambers USA as a leading practitioner in the area of Advertising, where he is described as a “top-drawer,” “trustworthy” and “highly desired advertising litigator.” Clients praise his “superb conduct in front of judges and incredible industry knowledge.” In addition to his individual recognition, the Firm has been named “Advertising Firm of the Year” by Chambers USA.

Mr. Zalesin is listed as “Litigation Star” in Euromoney Institutional Investor PLC’s Benchmark: America’s Leading Litigation Firms and Attorneys. He has also been recognized in The Best Lawyers in America® in the area of Advertising Law, and was named New York Advertising Lawyer of the Year for 2011.