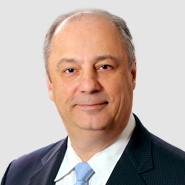 Prior to becoming a patent attorney, Mr. Popovski was a pilot in the United States Air Force and an engineer at Veeco Instruments, Inc. where Mr. Popovski gained valuable experience in the fields of helium mass spectrometry and ion beam etching machines used in semiconductor manufacturing.

NYPatentDecisionsBlog.com is a source for the latest patent decisions from the U.S. District Courts for the Southern and Eastern Districts of New York. The blog is authored by Patterson Belknapâ€™s Patent Litigation practice group, whose members are highly experienced trial attorneys with extensive...