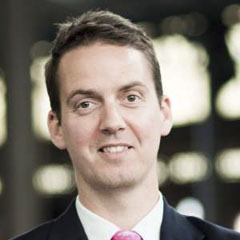 Philippe regularly lectures at conferences and seminars. He has also published articles in various leading legal journals relating to his area of expertise. Philippe worked as a consultant for the EU Plant Variety Office and is also an active member of the European Seed Association (ESA), the European Patent Lawyers Association (EPLAW), the Licensing Executives Society (LES) and the International Association of Breeders of Asexually Reproducing Fruit and Ornamental Varieties (CIOPORA).

On 3 May 2021, the EU Member states approved “dried yellow mealworms” as a novel food under EU Regulation 2015/2283. According to the applicant, mealworms can be used in a broad range of food products, such as bread, cookies, or pasta. A Commission implementing regulation will follow soon, which marks the final step and formally authorises the novel food. Mealworms are the first insect species to secure clearance as a novel food but more are likely to follow...

Precaution is Not Enough – CJEU Finds that Cannabidiol (CBD) is not a Narcotic Drug
ALTIUS/Tiberghien, November 2020

The legal status of CBD, a naturally occurring compound found in the cannabis plant, is murky. Certain Member States are more restrictive about it than others. The Court of Justice of the EU has very recently provided clarification in the context of a preliminary ruling (case C-663/18 of 19 November 2020). This case revolves around CBD’s ban in France, after it had been imported from the Czech Republic where it was lawfully produced...

Due to the COVID-19 Crisis, The European Commission has Adopted Temporary Derogations from Certain Competition Rules in the Dairy, Flower, and Potato Sectors
ALTIUS/Tiberghien, May 2020

On 30 April 2020, the European Commission adopted three implementing regulations allowing temporary derogations from the strict cartel prohibition provided for by EU competition law in three specific agricultural sectors: dairy, potato and live plants and flowers. The latter sector is said to broadly cover “live trees and other plants, bulbs, roots and the like, cut flowers and ornamental foliage”...

"The EU regulatory framework for compliance with rules on access and benefit-sharing of genetic resources", BSLR 2016, 83. (co-author).

"Belgium", in P. ENGLAND (ed.), Patent Transactions in the Life Sciences. A global guide to agreements in the sector, Global Law and Business, London, 2014. (co-author).