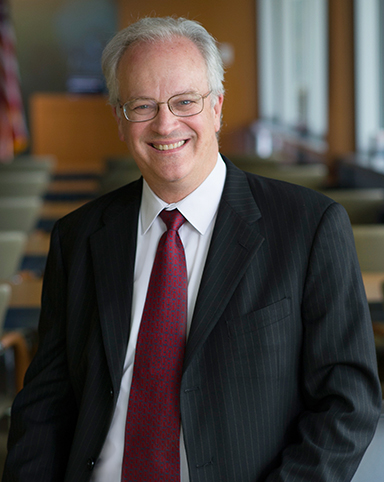 An "excellent lawyer" (Chambers), Alan provides his clients with comprehensive support across their companies' life cycles, whether he is acting as day-to-day legal counselor or as a key strategist for raising capital, acquiring assets and capabilities, complying with legal and regulatory requirements, or selling the business. He also helps clients restructure or sell companies that are in bankruptcy.

We are representing Aravive Biologics, Inc., as co-counsel, in its pending merger with a wholly owned subsidiary of Versartis, Inc. (Nasdaq:VSAR) in an all-stock transaction.

Represented Cancer Genetics Inc. in its initial public offering in 2013 as well as seven follow-on offerings through 2017, raising over $100 million.

Represented NeoStem Inc. in connection with over 10 public offerings from 2007 to 2014, raising over $150 million, as well as in various private securities offerings.

Represented NeoStem Inc. in its entry into the stem cell business and its acquisitions of California Stem Cell Inc., Progenitor Cell Therapy, and Amorcyte, as well as its acquisition and disposition of Suzhou Erye, a Chinese pharmaceutical manufacturer.

Represented LifeCell Corporation for 10 years, culminating in its 2008 sale to Kinetic Concepts Inc. for $1.8 billion.

Represented MiaMed Inc. in its 2016 sale to Amicus Therapeutics (Nasdaq: FOLD) for up to $90 million.

Represented Dance Biopharm in connection with $20 million of private financing in 2015 toward development of an inhaled insulin system.

Represented Metalico Inc. in its sale for $102 million to Total Merchant Limited.

Served as outside general counsel for Consolidated Delivery & Logistics from the company's 1995 IPO and acquisition of 25 delivery and logistics companies through its sale to Velocity Express Corporation.

Represented Velocity Express Corporation in the 2009 restructuring of the company's $100 million mezzanine debt facility through a sale to its lender in a prepackaged bankruptcy proceeding.

Represented Cerberus Capital Management in its $1.1 billion acquisition out of bankruptcy of Tower Automotive in 2007.

Represented The Newark Group in multiple acquisitions, plus its $175 million offering of senior subordinated notes in 2004.

Represented Vestcom in its IPO and simultaneous acquisition of seven private companies.

Join Alan Wovsaniker as he speaks on a panel at Global M&A Network's Americas Growth Intelligence Forum, a single-day gathering of leaders and executives from the corporate, investors, private equity, and deals communities to explore growth-delivering solutions as well as successful practices for executing value-creating transactions in today’s competitive business and deals environment.

Initial public offerings (IPOs) are often seen as attractive by business owners in the life sciences or biotech field, writes Alan Wovsaniker, a partner with Lowenstein Sandler, in an Expert View column on the topic. The need for capital in a life sciences business tend to be great, as the cost to develop new drugs, therapies or medical devices is extremely expensive and it takes many years to receive regulatory approval to market and sell such drugs, therapies or medical devices...

On June 29,2017, the Securities and Exchange Commission (SEC) announced that it will permit all companies to confidentially submit draftregistration statements for review under the Securities Act...

On March 22, 2017, the SEC shortened by one business day the standard settlement cycle for most broker-dealer securities transactions. Under the new T+2 rule, most securities transactions will be required to settle within two business days. Broker-dealers will be required to comply with the new T+2 settlement cycle beginning on September 5, 2017.The following link is to the SEC’s March 22 Press Release, which includes a Fact Sheet to assist broker-dealers and others. https://www.sec...

On May 24, the Economic Growth, Regulatory Relief, and Consumer Protection Act (act) was signed into law. In addition to rolling back a number of regulations applicable to financial institutions originating in the Dodd-Frank Wall Street Reform and Consumer Protection Act of 2010, the act requires the U.S. Securities and Exchange Commission (SEC) to amend its rules to allow reporting companies to use Regulation A for securities offerings.

Regulation A, or “Regulation A+” as it has been more commonly referred to since it was expanded in 2015, provides an exemption from the registration provisions of the Securities Act of 1933, as amended (Securities Act) for several types of offerings (both primary and secondary) of up to $20 million (Tier 1 Offerings) or $50 million (Tier 2 Offerings) in any one-year period, subject to compliance with certain requirements. See 17 CFR Sections 230.251 through 263. Currently, Regulation A is only available to issuers that are not subject to the reporting requirements of the Securities Exchange Act of 1934, as amended (Exchange Act). However, the act orders the SEC to remove this eligibility requirement, so that Regulation A becomes available to reporting companies, and to change the rules under Regulation A to deem the ongoing reporting obligations associated with Tier 2 Offerings satisfied by continued Exchange Act reporting.

A successful IPO not only brings immediate cash to the table, but once a company’s shares are publicly traded after an IPO, subsequent equity capital raises are quicker and easier, facilitating multiple rounds of financing over a period of years as a company’s drugs, therapies or medical devices are developed. If all goes well, those subsequent financings can all be common stock financings, hopefully at higher prices with less and less dilution so that the complexities and cost of capital raising can come down.

This article can also be found here. (subscription required to access article)