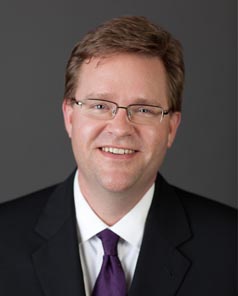 Rob is a registered patent attorney who chairs Hanson Bridgett’s Technology Practice and co-chairs its Intellectual Property Practice. His litigation practice focuses on patent infringement matters, intellectual property disputes, and technology-related commercial disputes. He also provides his clients with counseling on a wide range of intellectual property matters relating to licensing negotiations, data breaches, trademark and copyright, unfair competition, and trade secrets. He advocates on behalf of clients ranging from individuals to multi-national corporations, often in cases involving the threat of injunctive relief with potential damages of tens or hundreds of millions of dollars.

He has argued cases before the Federal Circuit and the California Courts of Appeals, and represents his clients in courts throughout the United States, including significant patent litigation jurisdictions such as the Eastern District of Texas, the Eastern District of Virginia, the Northern District of Illinois, the District of Delaware, and the Northern and Central Districts of California. He has been designated as an expert in U.S. patent law in a matter before the High Court of England and Wales, is experienced with inter partes review before the Patent Trial and Appeal Board (PTAB) within the United States Patent and Trademark Office (USPTO), patent infringement matters filed in the International Trade Commission (ITC), and with trademark appeals filed in the Trademark Trial and Appeal Board (TTAB).