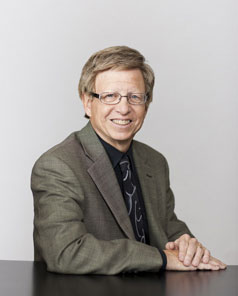 David has vast experience in all aspects of public agency law. Since joining the firm his focus has been on representing public agencies in the transportation sector. He has served as general counsel to several transportation agencies in the San Francisco Bay Area. In this role, David has managed all legal affairs for these agencies, with a frequent emphasis on real estate, procurement, construction and administrative law. His general counsel role also included oversight of litigation and labor and employment issues for these clients. He has also served in a special counsel capacity to several agencies.

David joined Hanson Bridgett in 1970 and has served the firm in various managerial capacities during his tenure, including both managing partner and head of the public agency section.

David is closely involved with public transportation issues at the national level. He has been an active member of the American Public Transportation Association’s Legal Affairs Committee since 1976. He frequently lectures on transportation and labor-relations issues to audiences across the country.

Golden Gate Bridge, Highway and Transportation District. Served as general counsel to the Bridge District for nearly four decades (from 1976-2014), advising on all aspects of Bridge District legal matters.

As special counsel, has advised on complex transit issues to other public agencies and organizations.