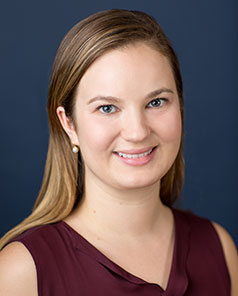 Josephine is Senior Counsel with Hanson Bridgett's Appellate Practice Group, where she focuses on appeals and law and motion in the state and federal courts.

Before joining Hanson Bridgett, Josephine served as law clerk to the Honorable James L. Dennis on the U.S. Court of Appeals for the Fifth Circuit. She began her career as an appellate attorney at the national appellate litigation boutique Horvitz & Levy LLP, based in Southern California.  She has also worked at the litigation boutiques of Kaufhold Gaskin LLP and Kanner & Whiteley LLC.

Josephine is licensed to practice in California and Louisiana.

Punitive Damages: As post-trial counsel, obtained a conditional remittitur reducing a $2.1 million punitive damage award to one third of the original award

Insurance: Obtained summary judgment in federal court in favor of the insured, ruling that the defendant had a duty to defend in the underlying class action

Healthcare: Represented nonprofit organization as amicus curiae in support of the Director of the California Department of Public Health, in appeal involving challenge to California’s determination of death laws. Fonseca v. Smith, No. 17-17153 (9th Cir.)

Each case is different. Prior results are no guarantee of future success.