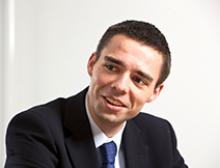 Kevin joined Shepherd and Wedderburn as a trainee in 2006, qualifying in 2008.

Kevin has experience advising public and private sector clients in relation to investigations conducted by regulators (such as the Health and Safety Executive, SEPA, the Forestry Commission, the Maritime and Coastguard Agency), as well as experience in civil and criminal court proceedings in a range of disputes, including:

In addition, Kevin is able to assist clients through his experience of understanding criminal proceedings from the prosecution perspective, having undertaken a secondment to the Crown Office (in 2017).  As a procurator fiscal depute, Kevin assisted both the Health and Safety Division and the Wildlife and Environmental Crime Unit.

Kevin is a solicitor-advocate with civil rights of audience and is appointed (since August 2016) as temporary junior counsel to the Advocate General for Scotland.

Kevin is also an undergraduate tutor for Delict at the University of Edinburgh (since 2010).

Admitted in Scotland, and a member of the Association of Regulatory and Discipline Lawyers.