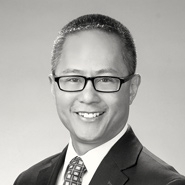 Vlad focuses his practice on commercial litigation, drawing on his extensive experience to counsel clients toward resolutions. He has represented clients in a variety of litigation, including general commercial disputes, Section 1983 civil rights actions, and an array of employment cases involving Title VII, the ADA, the FMLA, the ADEA, and Chapter 4112 of the Ohio Revised Code. He also has significant appellate experience, both in state and federal courts, having represented clients in the Ohio Supreme Court, the U.S. Court of Appeals for the Sixth Circuit, and a number of Ohio’s appellate district courts. He previously served as a commissioner to the Court of Claims of Ohio, where his duties included participating on panels that decided appeals from claimants seeking awards from the state’s reparations fund.

Prior to joining Dinsmore, Vlad served as a judicial law clerk to Judge Gregory L. Frost in the U.S. District Court for the Southern District of Ohio. He previously practiced at Bricker & Eckler in Columbus.