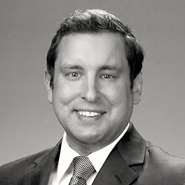 Justin built a unique skillset for presenting both written and oral argument after years of public speaking and facilitating various programs across the country.  He understands the power of argument is only useful if the judge or jury receiving that argument understands the message and can identify with its result.

Before joining Dinsmore, Justin served as a federal judicial law clerk (staff attorney) for Brian S. Miller, chief judge for the United States District Court for the Eastern District of Arkansas.  As a federal clerk, he managed part of a busy civil and criminal docket, which included researching the law, reviewing filings from parties and advising the judge on matters before the court.  Justin researched and drafted court orders addressing all stages of civil and criminal litigation, with topics including federal civil rights litigation, nationwide class actions, matters of first impression in intellectual property disputes and Fourth Amendment search/seizure matters, and circuit splits involving federal employment laws.  His work with the federal judiciary taught him how judges think through decisions and the details they look for when issuing decisions – lessons he relies on each time he appears in court or writes a brief.

Justin’s clerkship was a natural extension of his litigation focus in law school.  He graduated with honors from the University of Akron School of Law, where he also received a certificate in litigation. Before finishing law school, he had the opportunity to appear on behalf of a client for the school’s civil litigation clinic before Ohio’s Ninth District Court of Appeals (and won).

He holds an MS in College Student Personnel (higher education) and remains committed to the higher education industry.  Although a lawyer now, he continues to use his graduate degree by facilitating programs and speaking to college student and alumni audiences across the country on matters affecting the college experience.  He is also a published scholar, having published an article analyzing Ohio’s anti-hazing law in the Akron Law Review in 2015.  This type of volunteerism and advocacy for higher education and the fraternity/sorority experience earned him recognition as a 2016 Hank Nuwer Anti-Hazing Hero, an award sponsored by HazingPrevention.org and named in honor of a longtime journalist and author of hazing-related content.  Justin currently serves as a national officer for the Fraternity of Phi Gamma Delta (FIJI), and he continues to work with higher education professionals and college students to promote a positive fraternity experience on college campuses.

After living in or traveling to over 40 of the 50 states in the U.S., Justin finally returned home and joined the Columbus office to be near family and his alma mater, The Ohio State University.

U.S. District Court for the Northern District of Ohio

U.S. District Court for the Southern District of Ohio