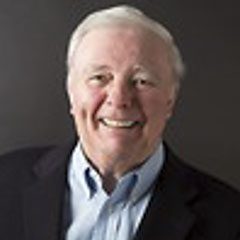 Bob Joseph joined Schwabe, Williamson & Wyatt in 1965. Since that time, he has developed a national reputation for his knowledge and understanding of insurance regulations, particularly the generation and application of rates and forms. Since 1989 he has represented clients before legislative and regulatory bodies in Oregon. Since 1992, Mr. Joseph has been a member of the Federation of Regulatory Counsel (FORC). Mr. Joseph represented BATUS Corporation in its successful merger with Farmers Insurance in Oregon, 1987-88. In 1982, Mr. Joseph was retained by Liberty Mutual to assist in the formation of Liberty Northwest. From 1983 to 2003, he served Liberty Northwest as an outside director. In 1988, Mr. Joseph organized Sigma Chi's Risk Management Foundation, currently chairing RMF's six person Board of Directors. Since 2003 he has served on the Board of United Pipe & Supply Co. in Portland, Oregon.