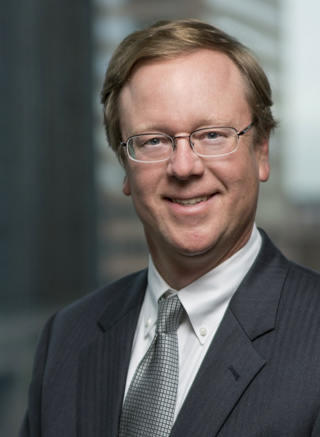 Axel has represented some of the nation’s largest and most successful federal contractors on projects throughout the country. He has extensive experience representing contractors to the General Services Administration, Army Corps of Engineers, Department of Defense, Department of Energy, Federal Aviation Administration, Federal Bureau of Prisons, Federal Highway Administration (through the states), NASA and the Department of Veterans Affairs. These projects include federal courthouses, hospitals, office buildings, correctional institutions, airports, data centers, military barracks, a facility for disassembly of sarin gas bombs, the federal “Supermax” prison at Florence, Colorado, and a testing facility for NASA’s next mission to Mars.

Often these matters involved claims in the range of $10 million to $70 million, and two of them involved amounts in excess of $100 million. Several of them were complicated by hostile relations during construction, requiring careful strategies and appropriate responses to actions taken by the government, subcontractors and others.

Axel and his clients have pursued REAs and claims for time extensions and damages for delay, resequencing, acceleration, lost productivity, labor and material escalation, and other direct and indirect costs. He has defended his clients against government actions such as non-payment, refusal to award progress earned, untimely change orders, underfunding of change orders, and rejection of work, as well as threats of investigation and prosecution, adverse CPARs ratings, termination for default and debarment.

Axel has experience with recurring issues in the formation, performance and close-out of federal contracts, including proposal preparation, bid protests, ethics compliance, contract interpretation (including FAR and agency acquisition regulations), technical specifications and standards, baseline schedule approval and updating, resequencing of work and recovery schedules, fragnet development and time extension analysis, and change order pricing, negotiation and settlement. He has experience with DCAA and IG audits, terminations for convenience and litigation of claims.

Outside of the federal arena, Axel has represented contractors and owners on a variety of projects across the country.

His experience includes negotiation of fixed price, GMP, design-build, EPC and IPD contracts. It includes counseling on matters of contract administration, such as preservation of contract rights, adherence to governing laws and avoidance of claims. Axel has assisted clients with loss mitigation, including pursuit of claims and coverage under builder’s risk and commercial general liability policies. He has experience both pursuing and defending claims of defective or non-compliant work.

His clients have engaged him on matters from Maine to Florida to the West Coast, and many states in between.

Axel has represented contractors and sureties in connection with the default of bond obligations, completion of projects and satisfaction of obligations under the General Agreement of Indemnity. His experience includes work on behalf of the sureties of S.J. Groves & Sons (at the time, one of the nation’s largest highway and bridge contractors), other highway and bridge contractors based in Alabama, Georgia, Colorado and Louisiana, and a prominent (and ultimately successful) commercial building contractor located in Texas. Outcomes have included financing of the principal, bankruptcy reorganization and liquidation. These matters have included various arrangements for the completion of projects and the pursuit of claims.

These projects included construction of segmental and cable-stayed bridges in various parts of the country, as well as construction of a healthcare facility in Florida and a major mixed-use development in downtown Philadelphia.

Axel has represented general contractors adverse to subcontractor sureties in connection with termination for subcontracts for default. This work has included various arrangements for completion of construction and payment or defense of sub-tier claims and mechanics liens.