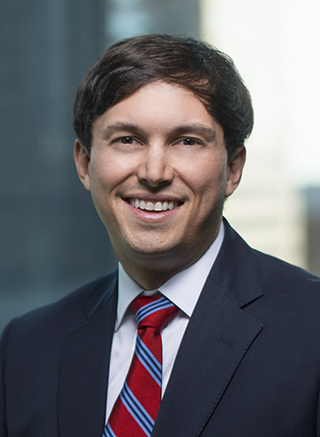 On the regulatory compliance side, Brian has assisted financial services clients with policies and procedures to comply with state and federal law and investor requirements. With respect to litigation, practicing in both Tennessee and Kentucky, Brian has successfully argued dispositive motions and appeals involving alleged violations of the Truth in Lending Act, Real Estate Procedures Act, and Fair Debt Collection Practices Act. Additionally, he has represented auto finance companies in administrative matters against the state.

Prior to joining Bradley, Brian clerked for the Hon. Joseph H. McKinley, Jr., in the United States District Court for the Western District of Kentucky and the Hon. Eugene E. Siler, Jr., in the United States Court of Appeals for the Sixth Circuit. Because of this prior experience, he has not only had the opportunity to work on many issues during critical stages of litigation, but he has also seen how decisions made in the trial court directly impact the outcome of an appeal.

Before practicing law, Brian was a Fulbright grantee in South Korea. While in South Korea, Brian studied Korean for two years at an international study program.