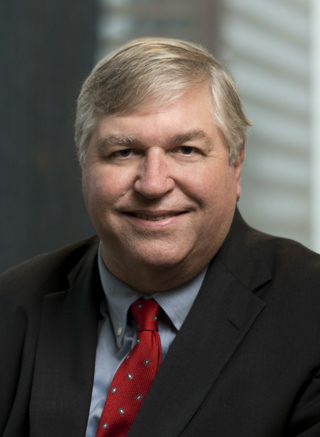 David Hymer is a trial lawyer who has extensive experience trying high-stakes lawsuits for a variety of corporate and individual clients. David’s practice focuses on complex business and commercial litigation, which includes a significant plaintiff’s practice on behalf of corporate clients, as well as a more traditional corporate defense practice. In addition to his trial work involving business and commercial disputes, he has tried or arbitrated to conclusion environmental, product liability, antitrust, construction, professional liability, intellectual property, corporate fiduciary, and class action disputes. A number of his trials and arbitrations have involved multimillion-dollar claims.

David was lead counsel for a national healthcare company in a trial resulting in a $2.8 billion judgment in favor of the company against its former CEO for damages suffered as a result of fraudulent financial reporting. Benchmark Litigation recognized this lawsuit as the Alabama “Case of the Year.” Other notable trials include his successful defense of a chemical manufacturer against personal injury claims allegedly caused by environmental exposure to PCBs; his successful appeal following trial of an apparel manufacturer against property damage claims allegedly caused by the discharge of dye wastewater into a stream; and his successful defense of a large gasoline jobber against antitrust claims for price-fixing. David also obtained a defense verdict in favor of a contractor against a $75 million claim for defective work arising out of the construction of a nuclear power plant in the state of Washington. The National Law Journal  recognized that result in its annual listing of the nation’s top defense verdicts.

David currently serves as one of CVS Health’s national lead discovery counsel in connection with the opioid litigation that is ongoing throughout the country.

David has obtained favorable jury verdicts for clients in numerous multi-million dollar lawsuits, including matters involving commercial, environmental, antitrust, and product liability claims.  As lead counsel for HealthSouth, he obtained one of the largest verdicts in Alabama history against the company's former CEO for breach of fiduciary duty arising out of a massive accounting fraud scandal.
Blogs