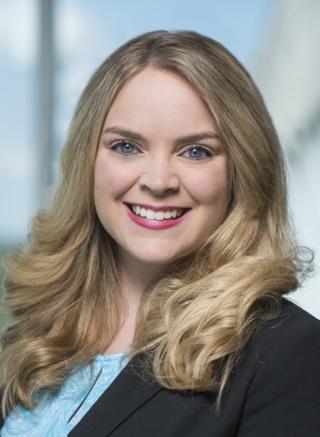 Kimberly Ingram focuses her practice on complex business litigation, class or mass action defense, and appeals in state and federal courts. She serves clients in a wide variety of industries, including in the healthcare, investment, pharmaceutical manufacturing and distribution, and insurance sectors.  Kimberly strives to provide all clients with consistent communication, high-quality advocacy, and strategic solutions that fit clients’ real-world needs.

Kimberly’s substantive legal experience is varied. This experience includes deep engagement in intellectual property, competitive practices, ERISA, False Claims Act, product liability, business tort, and breach of contract disputes.   Kimberly has experience taking cases from initiation through final resolution, whether by settlement, motion, or trial. While much of her practice typically focuses on defense work, she represents plaintiffs and defendants in business disputes.

Skilled in strategic planning and legal writing, Kimberly concentrates much of her practice on drafting critical motions and appellate briefs for a wide variety of teams. She often serves as an embedded “appellate” attorney at the trial level. In that capacity, Kimberly was part of the defense team for a month-long product liability trial in the Philadelphia Court of Common Pleas that resulted in a verdict for the defense on all counts. Similarly, in a case where a manufacturer’s right to protect itself against counterfeit goods was challenged, she prepared a summary judgment motion that successfully disposed of all claims. The 11th Circuit affirmed this judgment based upon the brief that Kimberly and the Bradley team drafted.

Kimberly is also a strong advocate for her clients in the courtroom. She has won over a dozen critical motions that she argued in courts in California, Florida, and Tennessee. She is also skilled in alternative dispute resolution and represents clients regularly in mediation and arbitration. Kimberly has taken the lead in preparing diverse and contentious cases for arbitration, including a healthcare technology dispute and investors’ claims against their investment fund. Her courtroom and arbitration strategy focuses on detail-oriented preparation combined with dynamic presentation. It is critical to Kimberly that all clients are informed and understand each step of the process.

Pro bono work is also an important part of her practice. She has participated in appealing criminal contempt charges to the Tennessee Court of Appeals, drafting habeas corpus petitions with the Northern California Innocence Project, defending the grant of a habeas corpus petition in the Sixth Circuit, and advocating for asylum for immigrants from Latin America. She also serves as president of the Board for Poverty and the Arts, a local nonprofit organization dedicated to serving artists impacted by homelessness.

Prior to joining Bradley, Kimberly was an associate at Simpson Thacher & Bartlett in Palo Alto, California. While in law school, she served as the senior notes editor for the Vanderbilt Law Review, worked in the Vanderbilt Appellate Litigation Clinic, and received awards for excellence in oral and written advocacy. She holds a Bachelor of Arts degree in both Communication Studies and Political Science from Clemson University.