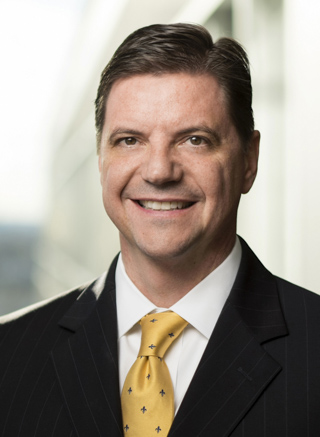 Russ Morgan is a business trial lawyer who has handled a variety of litigation for corporate clients, including intellectual property, trade secret, non-competition, partnership and closely held corporate disputes, fraud, misappropriation, securities fraud and franchise and dealer disputes. He has extensive experience representing healthcare providers in all aspects of their business, including payor disputes, compliance issues, internal investigations, technology disputes and qui tam litigation. He also represents insurance brokers in negligence claims, national general contractors in construction disputes and one of the world’s largest live event promoters on various litigation matters. Russ serves as outside general counsel or legal advisor for several companies. He has been recognized in several publications, including The Best Lawyers in America® for Commercial Litigation and Construction, Chambers USA and Super Lawyers, in which he was recognized as a Top 50 Lawyer in Nashville and a Top 100 Lawyer in Tennessee. Russ serves on the prestigious Board of Visitors of the University of Kentucky College of Law.

Russ is licensed in Tennessee and Kentucky and regularly practices in both states. He frequently speaks on issues of concern for corporate counsel, such as crisis management, internal investigations, data retention policies, and attorney-client privilege.