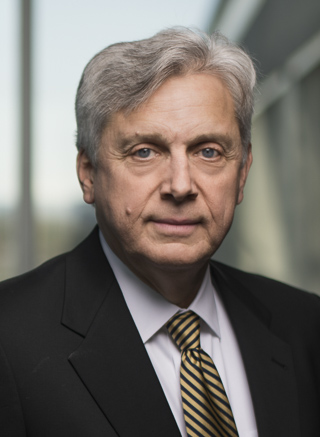 With over 30 years of experience with the ERISA, tax and fiduciary aspects of the benefits and compensation plans of both private and public employers, Gordon Nichols is one of the most seasoned benefits practitioners in the country. He represents employers, fiduciaries and service providers in connection with a myriad of tax, corporate, fiduciary, ESOP, employment and insurance matters. Gordon advises both large and small businesses (including professional service organizations) on issues related to the design, administration and termination of tax-qualified and non-qualified retirement plans, other executive compensation arrangements, and all types of welfare benefit plans. Gordon also has substantial experience in addressing various operational errors in tax-qualified retirement plans under the Internal Revenue Service’s Employee Plans Compliance Resolution System (EPCRS).

Gordon devotes a substantial portion of his practice to representing employers in connection with the employee benefits and compensation issues arising in the context of mergers and acquisitions, especially those involving both publicly-traded and non-profit healthcare providers. He has represented employers, trustees, selling shareholders and lenders in connection with leveraged ESOPs and other plans investing in employer securities, in both transactions and disputes. In addition to representing private sector employers, he advises the sponsors of governmental plans, church plans and other plans exempt from regulation under the Employee Retirement Income Security Act of 1974 (ERISA). Along with the trial lawyers on our ERISA Litigation team, Gordon has substantial experience with the substantive issues in disputes, appeals and litigation involving all sorts of pension and welfare benefit plans.

The employee benefits, compensation and employment issues of healthcare providers are of special interest to Gordon. He has represented both buyers and sellers in connection with such issues in large healthcare transactions involving the transfer and/or corporate reorganization of hospital systems, individual hospitals, nursing homes, physician practice groups and other provider entities, in over 30 states. Gordon represents individual physicians, physician groups, hospitals and other institutional providers in a wide array of pension and welfare benefits design, administrative and compliance matters. He has significant experience dealing with the aggregation rules in Code Sections 414(m), (n) and (o) that complicate retirement planning for smaller provider groups which have certain management and other relationships with hospitals and other large healthcare providers.

He also advises professional service organizations and other small businesses in the creative uses of cash balance pension plans as a way of maximizing the tax-deferred savings opportunities for the owners of such entities above and beyond what they can defer in their defined contribution (usually 401(k) profit-sharing and money purchase pension) plans.

Gordon also has significant experience in dealing with the tax and fiduciary issues arising in connection with the creation and administration of tax-exempt organizations, including both private foundations and public charities. He also has leadership experience in non-profit organizations, both in Nashville and during the earlier portion of his legal career in Houston, Texas, where he was a partner in Liddell, Sapp, Zivley, Hill & LaBoon, one of the legacy firms of Locke, Lord, Bissell & Liddell LLC.