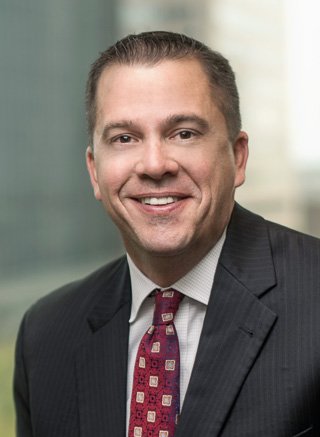 Throughout his career, Jon has handled cases through all stages of the litigation process, including arbitration hearings, mediations, jury trials, bench trials and injunctive relief hearings. His trial practice has led him to courtrooms across the country, including Wisconsin, Texas, Mississippi, Alabama and Oklahoma.

Since 2013, Jon has served as lead counsel for various national banks and mortgage servicers, managing the litigation of over 2,000 cases nationwide. His financial services practice routinely focuses on advising clients in defense of various claims arising out of alleged violations of state and federal law – namely the Fair Credit Reporting Act (FCRA), the Real Estate Settlement and Procedures Act (RESPA), the Truth in Lending Act (TILA), and the Fair Debt Collection Practices Act (FDCPA). He also provides regulatory compliance services for clients in response to pending or new legislation.

In addition to his litigation practice, Jon regularly counsels his clients in business issues and contract drafting and negotiation. His clients rely on him for effective and efficient resolution of a range of legal needs, including general corporate law, employment law, real estate, and corporate matters.

Jon is a regular contributor to the firm’s Financial Services Perspectives blog. He is also an instructor for the Mortgage Bankers Association at its School of Mortgage Banking, teaching regulatory compliance, mortgage law, and ethics in the financial services industry across the country various times throughout the year.

Since 2015, Jon has devoted substantial attention to the impact of technology on the practice of law. He chairs Bradley’s Artificial Intelligence and Legal Project Management Task Force, leading the firm’s efforts in surveying the legal market to recommend appropriate legal technology and legal process management principles to foster innovation and to better serve Bradley’s clients. Jon currently oversees all aspects of the firm’s legal innovation efforts, including knowledge management, artificial intelligence, legal-service product development and acquisition, and data analytics. He has developed relationships with some of the country’s leading artificial intelligence and data analytics companies to bring more efficient and effective legal service products to the firm and its clients.