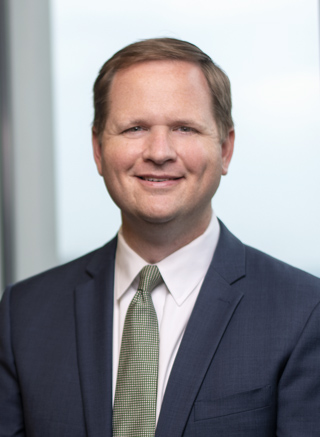 John Rodgers helps employers solve their employment-related problems. His practice is three-fold. First, he counsels clients on the numerous situations that can arise related to their employees, including termination and disciplinary decisions, reasonable accommodation issues under the Americans with Disabilities Act (ADA), wage-and-hour issues under the Fair Labor Standards Act (FLSA) and state law, and Family and Medical Leave Act (FMLA) problems. His goal is to work with clients in a practical, problem solving way.

Second, John helps clients in the transactional setting with their employees by drafting and negotiating employment agreements, including non-competition, non-solicitation agreements, and non-disclosure agreements.

Third, John represents public and private employers in employment-related litigation. He actively litigates employment disputes on behalf of employers and has handled discrimination and retaliation, wage and hour, FMLA, and non-compete cases in both state and federal court. He also devotes substantial attention to ERISA litigation (including claims for allegedly unpaid contributions to various plans) and representing individuals and businesses in conservatorship matters in probate court.

Who Is That Masked Employee and Is She Vaccinated? Employers Wrestle with New CDC Guidelines
Bradley Arant Boult Cummings LLP, June 2021


Do you trust your employees about their vaccination status, or do you need to see proof? Since the Centers for Disease Control and Prevention’s (CDC) new mask guidance came out last week, many employers have been wrestling with the question of how best to determine the COVID-19 vaccination status of their employees...

That Un-Masked Man: Can a Business Ask a Customer Who Refuses to Wear a Mask Because of a Disability to Leave?
Bradley Arant Boult Cummings LLP, August 2020

In the COVID-19 era, many employers and businesses are wrestling with unprecedented issues...