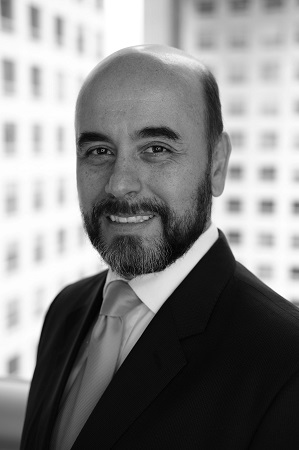 Automotive Group
Member
IBA Group
Member
Tax Group
Member
Trade and Investment Group
Member
Profile
Partner of Basham, Ringe y Correa, S.C., with 30 years of experience strategically advising companies.
Exponent before the Plenary of Ministers of the Supreme Court of Justice of the Nation of arguments of unconstitutionality in amparo trials against the Corporate Tax Law at a Single Rate.

Member of the New Business Development and Marketing Committee of the Firm.

Participant in the Program of Instruction for Lawyers, at Harvard Law School University.

Forty Under 40 Mexico s Young Guns, by Latin Lawyer.
Winner of the First Prize of Fiscal Investigation of the College of Public Accountants of Mexico, A.C., with the work: Articles 14 and 16 of the Political Constitution of the United Mexican States and the Individual Guarantees in Tax Matters.
Recognized as one of the Most Important Prosecutors of Mexico by the Fiscal Defense Magazine and as one of the Best Lawyers in Mexico, twice, by Expansion Magazine.
Recognized by Chambers & Partners Latin America, Legal 500, Whos Who Legal and Tax Disputes Leader, for several years as one of the best tax lawyers in Mexico.

Secretary of the Board of Directors of the Mexico City Group of the Mexican Institute of Finance Executives, A.C. (IMEF)

Vice President of Standards at the National Executive Council of the Mexican Institute of Finance Executives, A.C. (IMEF)

Special Partner of the College of Public Accountants of Mexico.

Speaker at the ANADE - ANAHUAC Chair at the Universidad Anahuac del Norte.

An executive order to eliminate the income tax withholding for interest paid abroad on bonds listed in a stock exchange, as well as to grant tax incentives to taxpayers investing in a capital market in Mexico was published in the Federal Official Gazette on January 8, 2019. The following tax incentives were created for productive investment projects: Corporate Bonds...

He has participated in interviews on Television, Radio, Internet and Newspapers on Tax issues.

He is the author of several Tax and Social Security articles published in specialized magazines, such as:
-Mexico: Social Security for Domestic Employees.
-Tax Litigation in Mexico: Overview.
-New Presumption in favor of the Fiscal Authority: Unlawful Transfer of Tax Losses.
-Special Constitutional Regime of the Federal Income Law.
-Purchase of bills, do not put your assets or your freedom at risk.
-New Exclusive Fund Resolution Trial before the Fiscal Court of Administrative Justice.
-Social Security: Are the tips part of the Base Salary of Contribution?
-Deductibility of Travel Allowances to Airline Pilots and Flight Attendants.
-Constitutional Analysis of the term to file the Nullification of the Prior Tax Ruling, as opposed to the Individual Guarantees of Legal Security and Motivation.
-Nullification of the Prior Tax Ruling: Institutionalized Legal Insecurity.
-Tax Planning and Review by the Authorities.
-Padlock to the Tax Shelter.
-Online Contentious Administrative Litigation.
-Development and Actuality of the Vehicles of Investments in Real Estate: Priority in the Fiscal Policy.
-Economic Impact of the Classification of Companies in the Work Risk Insurance.
-Violation of Human Rights derived from the application by the SAT of Article 69 of the CFF for 2014?
-Analysis of the Economic Package for 2010.
-Impact on Some Fiscal Laws of the Reform for 2008.
-Deduction of Pro Rata Expenses in the IETU.