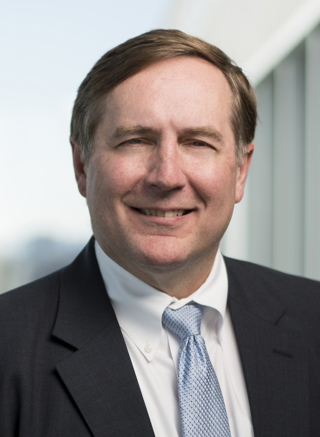 David Taylor has a national construction practice representing all participants in the construction industry and is recognized as one of the leading construction lawyers in Tennessee and the Southeast. He has appeared for clients in court cases and arbitrations in more than 30 states and frequently negotiates for clients on the “front end” of a commercial project regarding what types of construction contracts and clauses to use to avoid future disputes.

David also has a national "neutrals" practice and has been chosen more than 400 times by lawyers all over the country to help them either settle their clients’ disputes through mediation or to render binding decisions as an arbitrator. Serving as an arbitrator and a national trainer for the American Arbitration Association, David can better evaluate and advise his clients when disputes are arbitrated. He dedicates a substantial amount of time every year to educating the construction, business and legal communities on dispute avoidance. He has spoken locally, regionally and nationally at construction, mediation/arbitration and commercial real estate seminars, including writing articles that have been published in national trade and legal magazines. David has successfully prosecuted and defended his clients, including national developers and prime contractors, in “bet the business” multimillion-dollar construction disputes all over the country.

Finding out what’s best for the client and then implementing a winning strategy has been David’s approach to practicing law for more than 35 years. David chairs the firm’s award-winning construction team in its Nashville office. He is very proud that Bradley’s Construction Practice Group has been recognized by U.S. News – Best Lawyers “Best Law Firms” as the nation’s “Law Firm of the Year” for Construction Law in both 2018 and 2020. Since 2003, David has been recognized by The Best Lawyers in America® for his work in the area of Construction Law, and has multi-year listings for Alternative Dispute Resolution, Arbitration, and Mediation. Best Lawyers also named him “Lawyer of the Year” in Nashville for Arbitration in 2016 and 2020 and for Mediation in 2015. In addition, David has been listed multiple times in Mid-South Super Lawyers for Construction Litigation.

David has been very active over his career in the pro bono, construction and ADR legal and business communities. As a leader in the ADR community, his construction and neutrals practices have consistently been recognized by his peers and business leaders. He helped found and served as chair of the ADR and Construction law sections of the Tennessee Bar Association and was a founding member and past President of the Tennessee Association of Construction Counsel (TACC). He was appointed in the past to the Tennessee Supreme Court’s Lien Law Committee and the Tennessee Supreme Court ADR Commission and is a long time member of the Nashville, Tennessee and American Bar Associations. Until recently, David chaired the firm’s pro bono committee, served on the firm’s Management Board and was office managing partner of the firm’s Charlotte office. David has served on many nonprofit boards over the years, including the Second Harvest Food Bank.