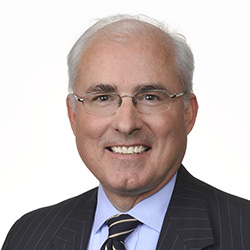 Dana Hobart is a business trial lawyer with over 30 years of experience. Mr. Hobart specializes in complex commercial cases. He has tried and litigated a broad variety of disputes with tens of millions of dollars at stake in federal and state courts and before arbitrators and arbitration panels across the country.  He has tried or arbitrated over 30 cases to decision in multiple states.  He has represented both plaintiffs and defendants with equal success.  Because of his unique trial skills, Mr. Hobart is often engaged in the weeks or months before trial, specifically to act as trial counsel.

Mr. Hobart is AV Preeminent rated by Martindale Hubbell and has been recognized as a Top Rated Business Litigation Attorney, Southern California, by Super Lawyers every year since 2006.