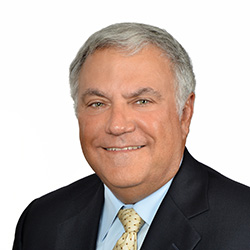 Larry Steinberg is Chair of the firm’s Multi-Level Marketing Practice Group. He focuses his practice on complex business litigation, representing both plaintiffs and defendants in all aspects of civil litigation.

During his 30-year career, Mr. Steinberg has handled a wide variety of matters, focusing his practice on claims involving intellectual property (including copyright, trademark, false advertising, unfair competition, and trade secrets), disputes pertaining to multilevel marketing and the direct sales industry, disputes involving the entertainment and apparel industries, and partnership and corporate disputes. Though believing that a negotiated settlement is often in the client’s best interests, Mr. Steinberg is a litigator who, when appropriate, takes cases to trial, having had dozens of bench trials, jury trials, appeals and arbitrations in state and federal courts around the country.

Leadership in Bar and Community Activities

Mr. Steinberg currently serves as a Lawyer Representative to the Judicial Conference of the United States Court of Appeals for the Ninth Circuit, and is a member of the Magistrate Judge Merit Selection Panel for the United States District Court for the Central District of California. He is a former President of the Los Angeles Copyright Society and served as a longtime member of its Board of Trustees. Mr. Steinberg has also been active in community affairs, serving as a board member, officer, and president of Public Counsel, the largest pro bono public interest law firm in the country, and is a former member of the board of directors of the Inner City Law Center. He is also a former member of the Board of Trustees of the Beverly Hills Bar Association, the Executive Committee of the Entertainment Law, and the Intellectual Property Section of the Los Angeles County Bar Association.

Mr. Steinberg is AV Preeminent rated by Martindale Hubbell and has been selected as a Top Rated Lawyer in the area of Commercial Litigation by American Lawyer Media in conjunction with Martindale Hubbell. He has also been selected by Super Lawyer Magazine as one of Southern California’s Super Lawyers since 2007. Mr. Steinberg has been elected into the Chancery Club of Los Angeles, an organization whose membership is composed of distinguished lawyers who are active in professional, civic, and philanthropic organizations.

Mr. Steinberg writes and lectures widely on false advertising law, unfair competition, copyright, entertainment law issues, and unfair competition law. He has spoken at programs sponsored by the Practicing Law Institute, Mealey’s, Bridgeport Continuing Education, Promotions Marketing Association, and the Los Angeles Copyright Society, among others. Mr. Steinberg was selected to participate as a trial lawyer in the annual program sponsored by the State Bar of California entitled “Champions of the Courtroom: The Masters in Action.”