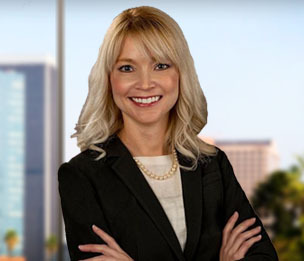 She has worked on numerous 18 USC 1343 wire-fraud matters both at the trial court and appellate levels, including successfully gaining bail pending appeal for the defendant on one such case involving alleged Medicare fraud and fraudulent transfer, and another case involving alleged illicit interstate transfer of funds.

At the trial court level, Ms. Burnett has recently been involved in a Medicare fraud case seeking a noncustodial sentence for the defendant based on age, nonseverity of the charges, and defendant’s age and medical condition,  as well as a large SEC enforcement matter.  Additionally, she has worked with FRCrimP 35 motions re cooperation, motions to withdraw guilty pleas on various bases, and motions for compassionate release, and  postconviction (habeas) matters.

Ms. Burnett is admitted to practice in California and Massachusetts as well as the U.S. Courts of Appeals for the First, Fifth and Ninth Circuits.

She began her career while still a student at Harvard Law School, where she worked for the Harvard Legal Aid Bureau, assisting domestic violence victims in divorce and child custody cases. She spent a summer externing with the U.S. Attorney's Office in Los Angeles, California. After graduation, she took a position at Foley Hoag LLP in Boston and later returned to California, working as a staff attorney for the U.S. District Court for the Central District of California and as a judicial clerk to the Hon. Jean P. Rosenbluth before joining James & Associates. She also holds a Ph.D. in musicology from Stanford University and has published articles on 19th-century opera and the music of North Korea.