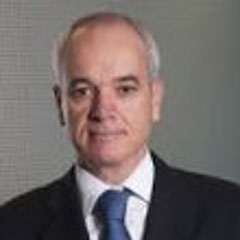 Banking & Finance Group
Member
IBA Group
Member
Life Sciences Group
Member
Mergers & Acquisitions Group
Member
Profile
Lluis joined Garrigues (then known as Arthur Andersen Asesores Legales y Tributarios) in 1988, where he began his career as a lawyer. After 1989 he joined the newly formed corporate/M&A and commercial law department in Barcelona.
His legal work has encompassed myriad areas of corporate law, including corporate advisory services, mergers, acquisitions and reorganisations, commercial contracts, joint ventures and the securities market, both within the jurisdiction of Spain and internationally. He has also worked in the field of companies and public services, and has handled privatisations for various government agencies.
His principal clients are from the financial services, life sciences and chemicals industries and, as a specialist in corporate/commercial law, he is managing partner of the Garrigues Life Sciences and Health in Barcelona.
He has also experience on carbon finance and emissions trading law, with a special emphasis on transactions aimed at reducing greenhouse gases. He has provided legal advice on these matters to both public organisations and private companies, including carbon funds