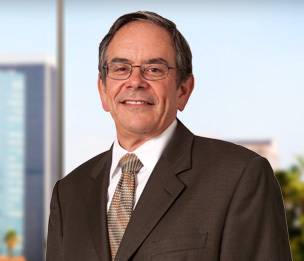 Jon Cantor is a Member in Dykema’s Los Angeles office who has more than 40 years of experience helping clients address a wide range of legal matters. Mr. Cantor is highly regarded for his entertainment industry practice, understanding the unique nuances of complex legal arena.

As one of the most respected attorneys representing clients in the animation industry, he has negotiated over 700 employment contracts with all the major studios including Walt Disney, DreamWorks, Sony, Warner Bros. and Fox.

Mr. Cantor has also acted as outside counsel for General Motors in a number of entertainment related matters. He has negotiated several multimillion dollar contracts with the National Football League, with Paramount Pictures for the third and fourth installment of the Transformers franchise, Marvel's Captain America-Winter Soldier, DreamWorks' Turbo and truTV's reality-based show Motor City Masters, as well as a number of deals in which GM has served as the key sponsor for documentary projects.

He has recently negotiated agreements with Netflix to option projects on behalf of his clients for Dragon’s Lair and Space Ace. He also recently negotiated with a production company the contract for Wallace Triplett’s life story, the first African American football player at Penn State and in the NFL. In addition, Mr. Cantor negotiated with a production company the contract for Aimee Stephens’ life story, the first transgender woman at the center of a civil rights case heard by the US Supreme Court, which she won.

His experience in the entertainment/sports law area has also included representing open-wheel race car drivers, specifically those who have competed in the CART circuit, and team owners. He has represented the CART Association in licensing name, image and likeness of the drivers. Furthermore, Mr. Cantor has represented actors and visual effects supervisors in live action films. Added to this area is the representation of producers, directors and a number of individuals in the animation industry. Mr. Cantor has previously guided his clients in preparing and making presentations to various studios on behalf of their own projects as well.

In addition, Mr. Cantor has handled a wide variety of transactional matters, including the purchase and sale of real estate, employment contracts, and establishing corporations and limited liability companies.

Prior to joining Dykema, Mr. Cantor was a shareholder in his own firm for 20 years.

Prior to joining Dykema, for 20 years Mr. Cantor was a shareholder in his own firm before becoming a sole practitioner