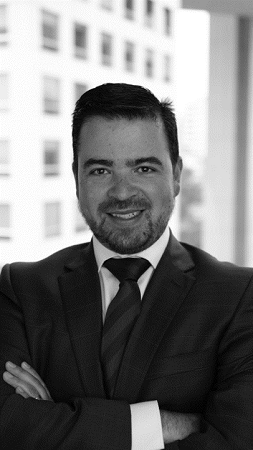 From 2000 to 2003 he worked at the Mexican Tax Administration Service as Under Director of the International Tax Rulings Department for Large Taxpayers (2000-2003) and completed an internship programme at ATAX Australian Taxation Studies, University of New South Wales, Sydney (2003-2004).

He is a full member of STEP, President of the Board for STEP Mexico (2017-2019) and current Board Member of the Latam & Caribbean Committee, Chair of the Young IFA Network (YIN) Mexico (2016-2017) of the International Fiscal Association (IFA), member of the Tax Committee of the American Chamber of Commerce Mexico (AmCham) and of the Tax Committee of the Mexican Finance Executives Institute (IMEF). He is regular speaker for the International Bar Association, IFA, STEP and other domestic and international organizations. He has authored numerous articles for national and international publications on tax and estate planning matters.

Victor has served as a lecturer for different organizations and recognized Mexican Universities at Postgraduate level.

He joined Basham, Ringe y Correa, S.C. Law firm in 2004 and was admitted to partnership in 2014. Now is partner of the tax practice and head of the wealth planning, private clients and high net worth individuals group.

He received both a JD (1995-2000) and a LL.M. in Taxation (2001-2002) from the Universidad Panamericana. He obtained the Foundation Certificate International Trust Management from the University of Manchester Business School, Society of Trust and Estate Practitioners (STEP) and CLT International (2012-2013).
Areas of Practice

- The acquisition by PPG Industries of Consorcio Comex, S.A. de C.V. (main architectural coatings company in Mexico, in a transaction valued at $2.3 billion.
- The sale by WestRock Company of its Home, Health and Beauty business to Silgan Holdings Inc. for approximately $1.050 billion globally.
- The swap of emblematic tequila and whiskey trademarks Don Julio and Bushmills respectively between Casa Cuervo and Diageo and $408 million in cash.
- In addition, he has participated in Coca-Cola's brand acquisitions in Mexico, the acquisition by Federal Mogul of a Mexican air-filter- manufacturer, helped British Petroleum (BP) to establish its first gasoline stations in Mexico for a very first time in more than 70 years, among many others.

An executive order to eliminate the income tax withholding for interest paid abroad on bonds listed in a stock exchange, as well as to grant tax incentives to taxpayers investing in a capital market in Mexico was published in the Federal Official Gazette on January 8, 2019. The following tax incentives were created for productive investment projects: Corporate Bonds...