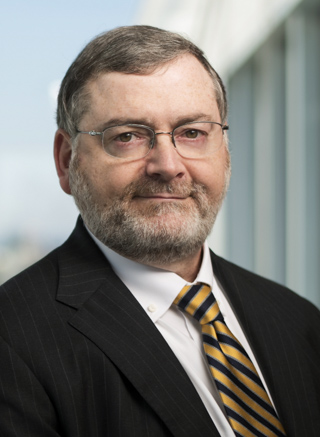 Chuck Mataya has developed a focused practice of litigation and counseling in various areas of labor and employment law, including the defense of class andcollective individual actions in both state and federal courts. Chuck acts as lead counsel for prominent employers throughout the United States in thecounsel and defense of employment and labor claims, including claims of wrongful discharge, breach of an employment contract, illegal discrimination underthe various federal and state laws, and myriad other areas of employment and labor law. These areas include issues and claims relating to the OccupationalSafety and Health Act (OSHA) and related state statutes, the Fair Labor Standards Act (FLSA), the American with Disabilities Act (ADA), the Family MedicalLeave Act (FMLA), the National Labor Relations Act (NLRA), and obligations and issues relating to Executive Order 11246, including affirmative actionobligations and the defense of enforcement actions brought by the Office of Federal Contract Compliance Programs (OFCCP). Chuck represents clients invarious industries, but over the last decade he has developed a concentration in the representation of employers in healthcare, manufacturing, governmentcontracting, and retail sales.

Chuck helps clients keep pace with changes and developments in labor and employment law. He is a frequent lecturer on topics related to labor/managementrelations, including the Americans with Disabilities Act, drug testing and privacy issues, the Fair Labor Standards Act, Anti-Harassment in the Workplace,Title VII, and discipline and discharge policies and procedures.

Chuck is a member of the Alabama, Tennessee and American (Litigation Section) Bar Associations and the firm representative for the Rutherford County Chamber of Commerce. He is Martindale-Hubbell® AV Preeminent Rated, which means he has been ranked by his peers and the judiciary at the highest level of professional excellence. Chuck has also been listed in The Best Lawyers in America® for Employment Law - Management, Litigation- Labor & Employment, and Labor Law - Management. Chuck has been recognized for numerous years in both Mid-South Super Lawyers and Chambers USA for Labor & Employment Law.

Chuck counsels and defends employers across the country, including, of course, Alabama and Tennessee. The types of actions successfully defended have included class actions alleging illegal, nationwide and broad-based discrimination, and collective actions alleging various FLSA violations. He has also successfully defended against claims and charges brought in various administrative agencies at both the federal and state levels, including NLRA and OSHA matters. Chuck has extensive, but unique, experience handling both disciplinary and contract interpretation charges and claims under both the National Labor Relations Act and the Railway Labor Act, including the rather unique arbitrations that arise when a pilot is discharged for failing to meet or maintain minimum competencies.
Blogs
Articles