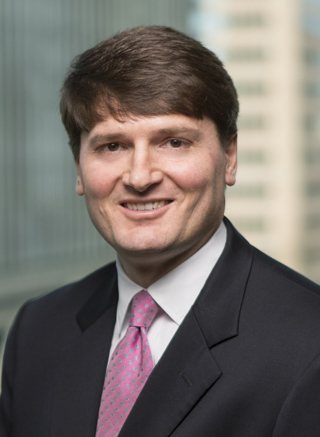 Brian O’Dell represents financial service providers in regulatory, enforcement and litigation matters related to mortgage servicing, mortgage origination, credit cards, debt collection and title insurance. He assists clients in navigating regulatory issues and potential liability by ensuring that their operations are in compliance with federal and state consumer financial protection laws and that they are able to successfully demonstrate their compliance to federal and state regulators, including the Consumer Financial Protection Bureau (CFPB).

Brian routinely handles regulatory examinations and administrative enforcement actions commenced by various regulatory entities, including the CFPB, the Office of the Comptroller of the Currency, the Federal Reserve Board, the U.S. Department of Housing and Urban Development, the Department of Justice, the 50 state attorneys general, and state banking and financial regulators. Most recently, Brian has advised some of the nation’s largest financial institutions in preparing for and managing CFPB examinations, including examinations on Compliance Management Systems, Servicing, Credit Cards, Debt Collection, Sales Practices, Reverse Mortgages and Know Before You Owe. This work includes risk assessments, responding to information requests, self-disclosing issues, and responding to PARR letters and other supervisory letters.

Brian is an Accredited Mortgage Professional and has taught for more than a decade for the Mortgage Bankers Association. He routinely teaches the Advanced Servicing Workshop and Schools of Mortgage Banking I and II, specifically focusing on laws affecting the mortgagee’s interest in property, regulatory compliance and ethics. Since 2013, Brian has taught Secured Real Property as an adjunct professor at the University of Alabama School of Law in Tuscaloosa, Alabama. Brian is also an adjunct professor at Auburn University teaching Real Estate Development Law through the graduate level Master of Real Estate Development Program.